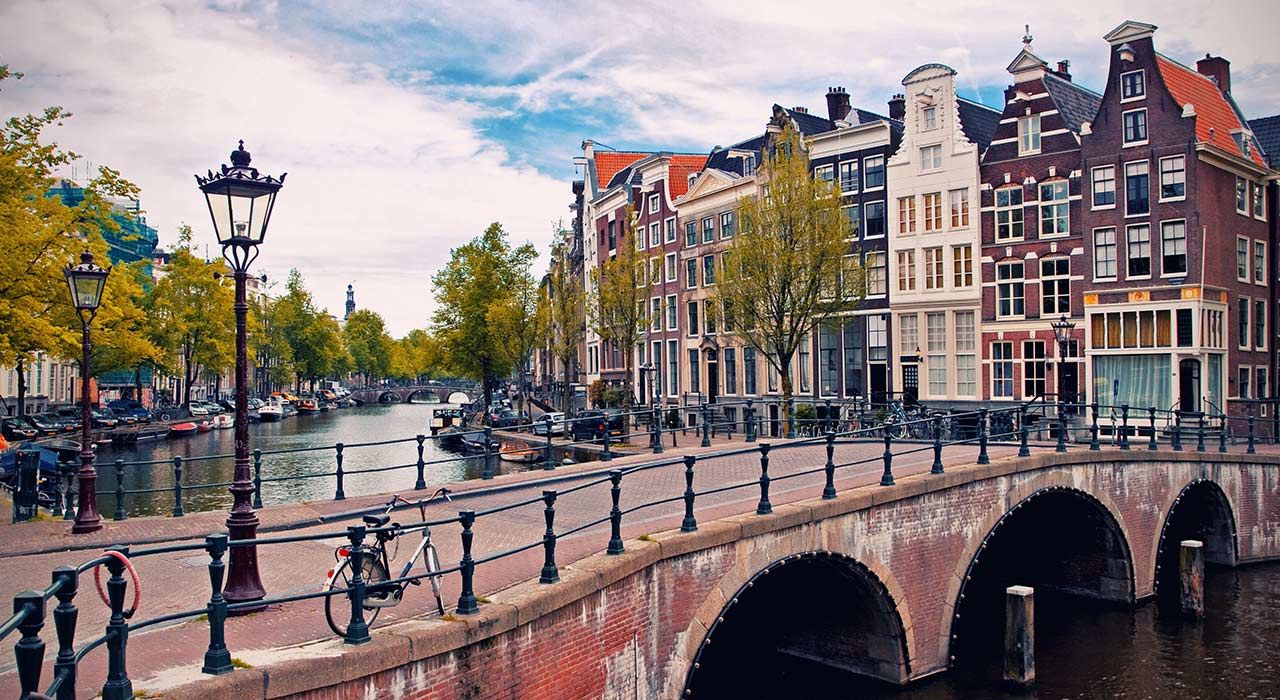 The issue of what to do about the legality of drug manufacturing, trade, and use has been subjected to long-standing debate. During the 1900s, nations worldwide supported the idea of prohibition, or at least inhibition, of drugs (Bewley-Taylor, 2003; Brownstein, 2016; Inciardi, 2007; Musto, 1991, 1999; Room and Reuter, 2011). There was much discussion, however, about whether drugs should be viewed as a criminal issue or a medical issue. The United States, as well as many nations around the world, had settled on the criminalization of drugs.

On April 4, 2016, the heads of the Department of Health and Human Services, the Drug Enforcement Administration (DEA), and the Office of National Drug Control Policy wrote to Congress, calling for the rescheduling of marijuana down from a schedule 1 substance under the Controlled Substances Act, in order to provide greater availability for research (Brownstein, 2016). This has not occurred, and the DEA has maintained its long-standing stance that marijuana should be a schedule 1 substance. However, this debate continues as different organizations, like the American Legion veterans group, continues to push for the removal of marijuana from its schedule 1 classification (Ingraham, 2016). The issue of drug status regarding legality, availability, manufacturing, sales, and use continues to be a contested because there is much fear associated with the use of drugs. Fear of addiction and violence continue to drive the debate (Jacques et al., 2016; MacCoun and Reuter, 2001). Jacques, Rosenfield, Wright, and van Gemert (2016) utilize empirical research to shed some light on the issue from a safety point of view.

Summary of the Research

Jacques et al. (2016) chose to focus their study in the area of “Centrum” within Amsterdam, both the largest and the capital city of the Netherlands. Centrum is in the middle of Amsterdam, has the highest population within the city, is the most dangerous, and has the highest rate of crime. The focus area of the study was in a square mile of Centrum, at its core, which is home to the Red Light District as well as other national attractions. The area also includes a street off of this square mile area, which is socially contiguous and contains five cafés and five coffee shops. The researchers chose the area of Centrum an attempt to control for place-based influences.

Jacques et al. (2016) subsequently chose coffee shops and cafés randomly by creating population enumerations for them. Due to refusals of invitations to participate in the study, which offered 50 euro as an incentive, researchers had to rely on snowball sampling techniques to identify and successfully invite coffee shops and cafés to participate in the study. In the end, the researchers included 50 cafés (20% of those in the area) and 50 coffee shops (60% of those in the area).

To collect street dealer participants for the study, the lead researcher walked the streets and pretended to be a potential drug buyer. When approached by dealers, the researcher would identify himself and offer 50 euros to participate in the study. This technique gathered 18 dealers as participants. To get more participants, the researchers utilized snowball-sampling methods again, which led to the successful recruitment of 32 dealers (Jacques et al., 2016).

A mixed-methods approach was used in the study by collecting both quantitative and qualitative data during the structured interviews. The researchers implemented fixed-choice, survey-type items, along with open-ended questions during the interview process, to collect their data. One representative from each café and coffee shop was chosen to participate (Jacques et al., 2016).

Jacques et al. (2016) gathered information about the participant’s background information and about the store, including hours of operation, compliance with laws, satisfaction with police, etc. They also asked about serious victimization and how those situations were handled. For the most recent victimization, the researchers asked if it was handled by police mobilization, retaliation, toleration, or other methods.

There were no differences between cafés and coffee shops regarding use of violent retaliation or the mobilization of law in response to violent victimization. Regarding theft and fraud, street sellers did not stray from social control, meaning that they did not retaliate violently and instead, tried to tolerate or negotiate with the perpetrator, which goes against prior research and theory. For nonviolent victimization, all three categories of dealers were not likely to mobilize law or take the law in their own hands. Instead, they tried to work it out with the perpetrator or do nothing about it (Jacques et al., 2016).

Analyzing Jacques et al.’s (2016) ability to shed light on the drug debate is important because their findings could point to change for the American system. Their findings can be considered as mixed in the sense that in some ways, specifically in non-violent victimization, decriminalization of a drug could potentially decrease retaliation. However, for violent victimization, the legality of the drug influenced the response, because dealers were more likely to retaliate violently when compared to coffee shops or cafés. There was no difference in response to victimization between cafés and coffee shops. All three types of sellers in Amsterdam were unlikely to take the law in their own hands or call on law enforcement when faced with nonviolent victimization; instead, they tried to avoid or fix the issue with negotiations between them and the perpetrator.

Reuter (2016) compliments Jacques et al.’s (2016) study as being “highly original empirical research,” but he questions whether it can be generally used as evidence in the drug debate due to research design flaws, measures used, and the setting of the study. One such issue Reuter (2016) has with the study is that he argues it may not be applicable to compare data on markets that sell different drugs. If possible, a study should be conducted that is able to compare different markets that sell the same drug. Another issue that Reuter (2016) has with Jacques et al.’s (2016) research is their use of the term “decriminalization.” Jacques et al. (2016) use decriminalization to describe a system in which both drug possession (in a small amount) as well as sales is allowed, whereas in other research, decriminalization is used to define a system that views possession as decriminalized but still views sales as criminal. This could make it difficult to generalize their results to societies that use the latter definition. It could also make it difficult to compare Jacques et al.’s (2016) results to other researchers’ results that use the latter definition. That is why implications for future research, as well as implications for policy and practice, are imperative.

Reinarman (2016) argues that the study was important because the researchers attempted to shed light on a highly debated, contemporary issue. Specifically, it is important to understand what may come of certain drug policies, such as the decriminalization of marijuana, as we move forward. This study allows us to do so, as it was a test of consequences of different drug policies in the same time and space (Reinarman, 2016).

Despite methodological complexities, future research should compare similar drug markets in different nations that have different drug policies. For example, looking at the sale of the same drug across similar marketplaces in areas with different policies on that drug. This would make it so that the researchers could test the responses to victimization among the different sellers of a specific drug so that the legality of the setting is truly being tested as the factor, rather than the potential for the type of drug being sold. Jacques et al.’s (2016) use of different drugs was considered to be a potential limitation because the type of drug being sold may influence the atmosphere of the marketplace.

Reuter (2016) presented an issue with Jacques et al.’s methods of comparing markets that sell different drugs. Perhaps, it would be wise to take Reinarman’s (2016) suggestion of looking at different countries and conduct a study using different countries that have different policies on the same drug. For example, researchers could use marijuana as the drug, but use different countries’ markets represented in the Jacques et al. (2016) study. Researchers could use street marketplaces that only sell marijuana in a country with strict policies on marijuana; a quasi-legal drug marketplace that deals marijuana; and a marketplace in a country or area with loose restrictions on marijuana. This design may be flawed because one could argue that it is not possible to compare such variables as violent or nonviolent victimization in drug markets across nations/cultures.

If it is possible to look past the limitations presented above and use Jacques et al.’s (2016) findings to suggest drug policy changes, an argument could be made that a move toward decriminalization could be considered. Jacques et al. (2016) arguably provide a glimpse into the reality of what different drug statuses may look like in the United States. What is shown is that when strict laws are in place, governments can create more areas exhibiting statelessness, in which informal and potentially violent means to address a situation of victimization may be used instead of formal means, such as the mobilization of law enforcement. Jacques et al. (2016) suggest that a “hands off” policy may provide too much freedom to drug dealers, and that is why decriminalization, in the way that Jacques et al. (2016) define it, may work best. Due to their findings, Jacques et al.’s (2016) study should be considered in the debate on drugs, and future research should be generated based on their study in an attempt to reduce limitations and strengthen the results.

Ingraham, C. (2016). The American Legion wants the federal government to change course on marijuana. In The Washington Post. Retrieved September 13, 2016, from https://www.washingtonpost.com/news/wonk/wp/2016/09/08/how-the-federal-war-on-marijuana-is-hurting-veterans/