Many assessment tools of DUI offenders, as well as sanctions, are based mainly on Blood Alcohol Concentration (BAC). However, Dugosh, Festinger, and Marlowe (2013) found evidence that BAC is not a predictor of recidivism, and they presented an assessment tool that adequately predicts DUI recidivism. This is the first empirically driven effort to determine a clinically useful tool to assess recidivism risk for DUI offenders. 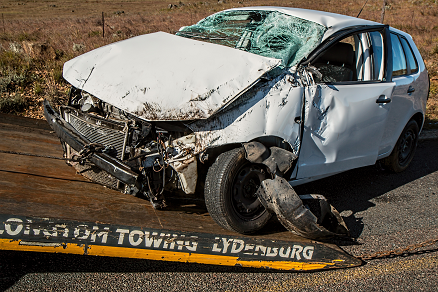 Summary of the Issue

Dugosh et al.’s (2013) findings challenge the current popular assessment of DUI offenders. Most commonly, BAC at the time of arrest is used to predict recidivism and guide sanctions/treatment handed to the offender. BAC is used as an indicator of alcohol dependence, abuse, problem drinking, and alcohol-related problems, because a higher BAC indicates a greater tolerance of the drug. It is argued that in order to achieve a greater drunken state, those with a higher alcohol tolerance will require more alcohol, resulting in a higher BAC. However, there is research (including the study by Dugosh et al., 2013) suggesting that BAC is not a reliable indicator of such issues by itself. Therefore, other factors that can serve as pathognomonic criteria (i.e., factors that can independently and definitively serve as indicators of the disorder) should be considered in generating a screening tool. Dugosh et al.’s (2013) study provides an effort to generate a brief screening tool to assess risk-need and need-based screening. Through their study, they sought to identify predictors of risk and treatment need that discriminate between repeat and first-time DUI offenders.

Summary of the Research

In order to adequately identify and measure predictive factors of DUI recidivism, a systematic literature review was conducted. The review included 53 articles, from which a list of identified predictors was generated (Dugosh et al., 2013). An expert panel comprised of eight professionals from a variety of disciplines (a public defender, a probation officer, and researchers) and with expertise in impaired driving, alcohol and drug abuse diagnostic treatment and assessment, and instrument development, were consulted to select the predictors included in the tool. Following this process, a 26-item assessment tool was generated (Dugosh et al., 2013).

In total, 59 convicted DUI offenders in Union and Snyder counties in Pennsylvania were included in the study. Of the 59 offenders, 29 were first-timers and 30 were repeat DUI offenders. The first-time offenders were significantly younger (mean age 29.1 vs. 34) than the repeat offenders. Most of the sample was male (76%) and had a high-school diploma or GED, while 19% had a college degree. Education level was not significantly different among repeat and first-time offenders. The average number of prior DUI convictions among the repeat offenders was 1.5 (Dugosh et al., 2013).

Trained probation officers were utilized to generate the sample and collect the data. The probation officers, using offender records and self-report data from the participants (Dugosh et al., 2013), completed questionnaire items. The 26-item assessment was comprised of 20 items that were key predictors of DUI recidivism found through the literature review, and six items that are known markers of substance dependence. The items were completed based on the first-timers’ date of arrest for the current conviction as the point of reference, whereas the repeat offenders’ date of arrest for their first conviction was used.

Ten risk items were identified that discriminate between repeat and first time offenders. These ten items included 1) criminal associates; 2) early engagement in substance use; 3) prior arrest for summary alcohol- or drug-related offense; 4) fired, suspended, or expelled for reasons related to alcohol or drug use; 5) prior misdemeanor arrest; 6) prior misdemeanor arrests for a crime against persons; 7) prior alcohol or substance abuse treatment; 8) early engagement in criminal activities; 9) frequent arrests for moving violations; and 10) first DUI conviction as young adult. What is not included in that list is a markedly high BAC at the time of arrest.

Four of the six need items were found to discriminate successfully between repeat and first-time offenders. These four need items were 1) binge use; 2) cravings; 3) substance-abuse-related injuries; and 4) withdrawal symptoms (Dugosh et al., 2013). These findings from the present study on risk and need have policy and future research implications.

Fell and Voas (2013) question whether effective screening measures for use with DUI offenders will be implemented, due to a lack of resources. Instead, they argue that interventions preventing DUI offending and recidivism should be implemented. Suggestions by Fell and Voas (2013) include sobriety checkpoints, which have proven effective in the U.S. and other countries; lowering the BAC limit to 0.05 instead of 0.08, which as been effective in 91 countries; and moving screening and alcohol interventions to medical facilities, where they can be administered by trained medical personnel. They also argue that despite Dugosh et al.’s (2013) screening instrument’s purpose, to be used by criminal justice personnel, the instrument may be best used in a medical setting (Fell and Voas, 2013).

DeMichele and Payne (2013) and Wieczorek (2013) assert that punitive approaches alone should be avoided, and treatment should be sought in DUI offense sanctions. Wieczorek (2013) specifically argues it is reasonable to apply treatment-driven sanctions rather than “traditional” sanctions (i.e., fines and/or jail). DeMichele and Payne (2013) specifically argue for tools that explore questions of when and why people begin to drink and drive, as well as the frequency of the behavior, and whether spontaneous remission is ever achieved. They take this stance because they contend that punitive approaches alone have not been successful in reducing DUI recidivism.

Implications for Research and Practice

It is clear that further research is necessary in order to investigate the best practices in the case of preventing DUI offenses and effectively reducing recidivism among DUI offenders. Dugosh et al. (2013) discuss the limitations of their own study. Future researchers should utilize a larger sample, in order to provide greater statistical power, representativeness, and generalizability. The sample drawn by Dugosh et al. (2013) was from a single district with a somewhat homogenous population. Another limitation of their study is the fact that there is no way of knowing the recidivism rate of the first-time offenders. Data should be collected as a follow-up to further measure the effectiveness of the assessment tool.

Regarding the sample collected by Dugosh et al. (2013), the age and gender of the sample also should be considered. The first-time offenders were significantly younger (mean age 29.1 vs. 34) than the repeat offenders. One possible issue here is that some of the first-time offenders may have not had an opportunity to recidivate due to their age; therefore, they may truly become recidivists in the future. Most of the sample also was male (76%) (Dugosh et al., 2013). As discussed throughout the research, there is a difference among males and females regarding alcohol use and abuse (for example, males having a higher tolerance). Therefore, a future study should include a more representative sample.

Overall, this research has provided much food for thought regarding the best practices in the prevention of DUI offenses and recidivism. Across the U.S., many DUI sanctions and assessment use BAC as a guide; however, that may not be the best practice. BAC was not found to be a strong predictor of future recidivism in and of itself. This means that the criminal justice system across the United States needs to reassess the ways in which it provides treatment and sanctions to DUI offenders, and consider assessment tools that take other factors into account other than just BAC at the time of arrest. This may be a difficult thing to do, due to resources and training, but it is something that should be taken seriously due to the harm done by DUI related accidents throughout the country.